It’s been a while since my last ‘Dim the Spotlight on…’ post. I’ve been doing a LOT of research on future posts. So far, this one takes the cake, as we’re about to discuss the mental health problems that surrounded the legendary sex symbol that is Marilyn Monroe. Apart from being a sex symbol plastered all over men’s walls in the 50s and early 60s until her death in 1962, she was also a successful actress and singer, having grossed over $200m in films.

She is presently an epitome of body positivity, despite being a standard-sized woman back in the 50’s and 60’s (can you tell how times have changed?!).

It’s safe to say that even after over 50 years since her death, Marilyn Monroe remains as seductively alluring as ever. The endless fascination with the world’s most famous sex symbol continues with yet another retelling of the life behind the legend. 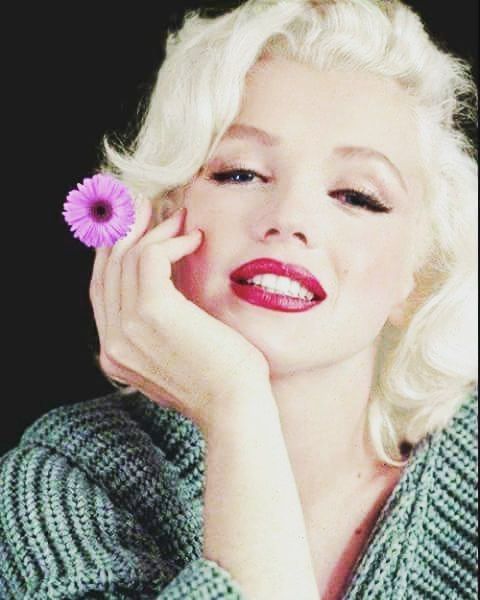 As her fans would eventually discover, Marilyn’s dazzling charm and flirtatious nature were just an act for the cameras – she gave the performance of her life every single day, masking her fragility and secret pain. Despite being impossibly famous and soaking up stardom, Marilyn remained desperate for affection and protection from men. After three broken marriages and a scandalous liaison with President Kennedy, Marilyn crumbled. There are allegations saying that Marilyn ultimately spent time in an institution like her mother did.

In the film My Week with Marilyn, we also learn that the whereabouts of her father were unknown, and she ended up growing in the foster system since her mother was institutionalised. As well as having the hardship of living in foster homes, she was also mistreated in several of them, including experiencing sexual abuse. Her multiple marriages are discussed, as well as her addiction to prescription drugs. She is shown to be depressed, and plagued by anxiety, self-doubt, and low self-esteem.

She discusses her desire to be loved, and inability to find this. To the men that are drawn to her she is no more than an object, and later a disappointment when they find she is not Marilyn the temptress, but Marilyn the ordinary person filled with doubts and misgivings like so many others. We find it so clear that behind the image, is someone who is in many ways broken and lost. We can’t help but feel empathy for a star who doesn’t see how brightly she shines.

After several years of acting, Marilyn Monroe’s mental illnesses began to catch up with her.  During the filming of Seven Year Itch she would constantly forget her lines, and cost the production money because of how many retakes that had to be done.  After this she began to participate in substance abuse, taking sleeping pills on a regular basis, drinking to intoxication, and using drugs on set. She was later let fired while working on the film Something’s Got to Give, and ended up in a mental institution afterwards.

In February of 1961, Marilyn entered the Payne-Whitney Clinic in New York at the suggestion of her East Coast psychiatrist, Dr. Kris. From the start, Marilyn was not comfortable at Payne-Whitney.

Surprised at the security precautions, which included barred windows and glass panes in the door so that nurses could glance inside, she rebelled at being treated “like a nut.” She felt that the employees at the clinic were checking on her more often than on the other patients because she was a movie star. Due to being in and out of clinics, Monroe did not release or film any movies during 1961.

On June 1 1962, Marilyn turned 36 years old, and the cast and crew surprised her with a small birthday celebration on set. It was also her last day of work. Out of 33 shooting days, Marilyn had showed up on the set only 12 times. Often hours late when she did appear, she seldom got through more than one script page per day — at least according to a studio statement released to the press. On June 8, 1962, production chief Peter Levathes fired Marilyn from Something’s Got to Give.

On August 4, 1962, Marilyn spent the morning talking with her publicist, Pat Newcomb, and the rest of the day making phone calls to her friends. Dr. Greenson visited her for a short time in the early evening.

The number of people who claim to have talked with Marilyn on her last day is phenomenal — everyone from Joe DiMaggio, Jr., to Marlon Brando, from Sidney Skolsky to Isidore Miller.

From her bedroom, Marilyn continued to make phone calls into the night. With each call, her speech became more slurred, a reaction that was not unusual for her during this period of heavy sedative use. Apparently, none of her friends were sufficiently alarmed to have someone check on her. Supposedly, Marilyn called Peter Lawford that evening to say goodbye.

Then, sometime during the night of August 4-5: Marilyn Monroe died alone, her white phone still clutched in her hand.

I will not discuss any conspiracy theories surrounding her untimely death as this post is not about that. If you want to know more about these, you can read about them here.

The Spotlights were previously Dimmed on:

One thought on “Dim the Spotlight on… Marilyn Monroe [#5]”